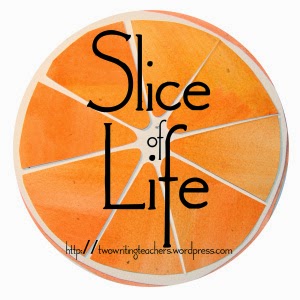 Last night, I felt just like my children when they were younger.  On the first, nice spring day after a long winter stuck inside, they would play outside to their hearts' delight.  Then, that evening, as they ate dinner, filling their bellies with food, their eyelids would begin to get droopy, their bodies would begin to slouch, and their movements would begin to slow down.  Simple fine motor skills like spearing a piece of food with a fork and getting it into their mouth would become a challenge.  All that fresh air and play appeared to be their undoing.

Now, fast forward 20-plus years, and the same thing happened to me yesterday.  It was a gorgeous day, and I was determined to be outside for the majority of it.  As many of you know, it has been a long, cold winter, and I wanted to enjoy every last minute of the amazing weather here in Hilton Head.  I took several walks on the beach (one of them particularly long) and spent the rest of the time outside reading - on the beach, on the sun deck overlooking the dunes and beach, and on our balcony.

So, by the time I got to dinner, I had spent much time in the fresh air laden with pollen (an oxymoron I know), ocean breeze blowing, sound of the waves lulling me into relaxation.  As hungry as I was, the movements to my mouth became lethargic (and that never happens) and the sounds of the conversation at our table with my husband and daughter became muted.

When we got back to our condo at what seemed like the ungodly late hour of 8 PM, the two of them wanted to walk across the street and get some ice cream.  More steps?  More food?  I just didn't think that was a possibility for me, so I "let" them have some father/daughter time and I went upstairs to put on my jammies and settle into a good book until they got home.

By some miracle, I was still awake when they got back.  But not by much.  I actually fell asleep on four different occasions before finally admitting that sleeping in the bed was where I needed to be.  At what I thought was 11 PM, I headed back to bed.  But I noticed that the alarm clock in the bedroom said 10:02, so I reset it to 11:02, thinking it hadn't been done since Daylights Savings Time began last week.

I slept like a log through the night, waking up when my clock said 6:30 this morning, feeling fairly rested.

I bet you know where this is headed.  Turns out I actually did go to bed last night at 10 PM, something unheard of for me, and probably why in my sleep-deprived mind, I was so certain the clock was wrong and not me.

When I woke up ready to embrace another new day here in Hilton Head, and maybe even see the sun rise, I walked out to the kitchen and living room area and realized that all the clocks said 5:30.  Whoops!  I guess I was that good kind of tired last night and actually did officially go to sleep at 10:00.

I thought about heading back to bed, because who gets up on vacation at this hour?  But I decided to take another route instead -- I am writing my Slice for today, will comment on other Slices, and with any luck, I will see the sunrise soon. And I'm pretty sure there will be a nap outside in my future as well.

Have a great Monday!  Check out the other slices at Two Writing Teachers blog.