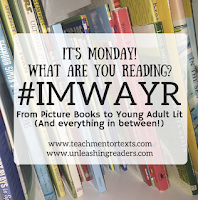 But mostly, I love the simplicity of this book. While I'm sure it wasn't at all simple to write, reading it was like dangling my feet in a cool mountain stream or sitting on my screened porch - effortless and delightful.
Posted by Karen at 10:56 AM