One More Slice From Bill 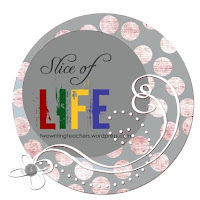 As parents we do the best we can to raise our children to be well behaved, respectful, polite, have strong character. Every day we hope and pray that we choose the right times to teach life lessons. We try to balance the lessons with love and encouragement, we hope that we aren't too long winded. Through all of this we watch our kids grow and mature, we see signs of success and failure, we see our children turning into responsible young adults making good choices but still capable of youthful mistakes. My son Steven is finishing his junior year of high school, and speaking as a proud father, he is an amazing young man.

Steven is a volleyball player among many other things, but it's through volleyball that his mother and I have seen the strength of his character shine. He picked up the game in 8th grade, sort of on a whim after playing at church camp over the summer turns out he has a real passion for it. Steven has played many sports and done well at all of them, he is sort of a n 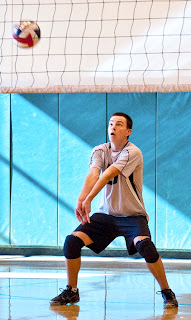 atural athlete and very coachable, but none of them sparked his interest like volleyball. He began focusing on the game and getting much better even played for a club team in the off season where he really developed as a player and leader.

Steven doesn't have the volleyball pedigree, no parents involved in the program, no older brothers paving his way to the high school program, no political connections to the athletic department at his high school. What he has is a work ethic and desire to achieve things. He earned a spot on the freshman and JV teams his first year and started for the varsity his sophomore year, no easy task at Hilliard Darby High School, a Central Ohio men's volleyball powerhouse. In the off season Steven was asked to play on the top team for his club, this would mean he was playing with boys a year older and stronger than he, but he looked forward to the challenge. Through it all, the lovely Mrs. Prosser and I stood back, offering advice when asked, observing and pointing things out as much as we could. Steven took it all in and grew, as a player, but more importantly as a person. He took great pride in the fact that all of the accolades he was receiving were due to his hard work and dedication, he got them the old fashioned way,
"he earned them!"

In February he began complaining about his back hurting after a particularly strenuous practice. We took him to a sports doc, who recommended a bone scan, which revealed a stress fracture in the L5 vertebrae. Diagnosis? Volleyball was over for between 8 and 16 weeks. Steven would miss the last two tournaments of the year with his club team and some if not all of the upcoming high school season in which his team is one of the favorites to win a state title. The lovely Mrs. Prosser and I were sad, tears were shed, anger vented. Steven on the other hand was strong, obviously there was disappointment and frustration, but throughout it all his character shone through.

He continued to go to practice, encouraging the young man who replaced him on the floor. This young man just moved to Darby High School from Virginia and just happened to play the same position as Steven. My son has a strong religious faith and instead of looking at Corey as a threat, he saw him a God's solution to the problem.

"That's why he had to move here." was his direct quote. As his coach said, "Heady stuff from a 17 year old."

We traveled to Penn State with the team in February even though Steven couldn't play, plans were made and it gave us an excuse to see Happy Valley. Steven was on the sideline all weekend, cheering, and encouraging, and laughing, and sending a positive vibe to his team. Never once did I see him looking sad or depressed even though on the inside I know he was wishing he was on the floor digging and passing.

School season has started, and Steven is attending every practice, knowing that he won't be playing at least the first week of games. He shows up and encourages. He helps another player with his homework. He makes the new players feel welcome and important. He has started his rehab and physical therapy, the fracture has healed enough for that. Soon he will go for another doctor visit with hopes of being cleared to play, but if he isn't able I know he will be fine, sad and disappointed, but strong because as I said before, he is an amazing young man.
Posted by Bill at 12:31 AM