Life Transitions and a Child's Independence 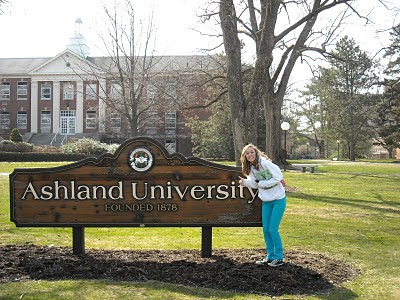 I don't know if because I'm a teacher I pay more attention to a child's life transitions or if all parents do it, but this week I find myself thinking about my daughter's move toward independence.

First she crawled and then walked and even though it didn't give her much independence outside the home, it certainly opened up new horizons for her and forced us to move anything valuable up a shelf.

Then she learned to ride a bike and was able to get quickly to the end of the street, which seemed like a very long way away at the time. It was also about this time that she began to read independently which meant that while she still enjoyed a story with dad at bed time, she wasn't totally dependent on me for a good book.

Time passed and when she entered middle school, we began to hear kids' names that we didn't know anything about. She was choosing her friends independently, and making decisions about her social life on her own. It was the first time the Lovely Mrs. Prosser and I had to really trust her and our parenting. She didn't let us down, made good choices and there was a definite shift in our relationship.

At 16...well 17 for her the driver's license came and even more independence. Even though she "drives like a grandma" to quote her there was still the worry waiting for the phone call to tell us she had arrived safely. Forget getting to the end of the street quickly, now she could get to the other side of town in a matter of minutes. With increased independence, came increased trust.

Once a student reaches high school, parent involvement diminishes greatly. They choose their own schedule, own friends, own extra curricular activities and how to spend their own free time. Always moving toward total independence, always moving to being on their own.

She's 18 now, time flies, tomorrow we will pack up her belongings, as much as will fit in a 10 foot by 14 foot dorm room and move her to Ashland University to study to be a teacher. I know she'll do fine, better than that, as I've said before, she has that piece that can't be taught to teachers. That natural connection with kids. I know she'll make good decisions, she's smart, mature, thoughtful and capable of making good decisions.

I hope you'll forgive a father for a bit of reminiscing now I'll get back to my books!
Posted by Bill at 8:32 AM

Email ThisBlogThis!Share to TwitterShare to FacebookShare to Pinterest
Labels: Slice of life