Wildfire Run Coming in August of 2010 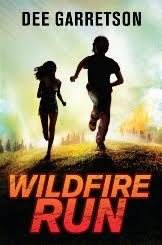 I met Dee Garretson at the Kid Lit Bloggers Conference in October. Dee was there promoting her book which was then called Escape From Camp David was changed to Wildfire Run and will be released as book one of a series called Danger's Edge in September. Fortunately, the plot stayed the same, because as she described it in October, it sounded pretty exciting. I signed up to receive an advance copy when it came out, and, since we are fellow Ohioans, Dee sent a copy to Literate Lives a couple of weeks ago. The whole title switch thing is a bit confusing as

Simply put, the president, his son Luke, and Luke's friend Theo are at Camp David. While they are there, a major earthquake strikes along the New Madrid fault in Missouri. The quake sets of a series of events that start two forest fires on either side of Camp David. The security team goes into action to evacuate the president back to the White House. Luke talks his dad into leaving him behind at Camp David along with his friends and the adventure begins. As the fire closes in, Luke and his friends get trapped inside the security fence with most of the security detail injured and out of commission.

Luke and his friends become like the old TV show MacGyver, minus the duct tape. They come up with all sorts of ways to make their way to safety including sending a golf cart down a zip line to get it across an electric security fence. 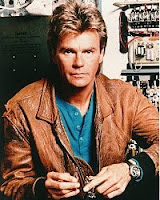 For kids who love to build things with Legos and create things on the computer, this book will be a hit. The three kids stuck inside Camp David are amazing engineers and have some pretty wild ideas to get themselves and the Secret Service agents to safety.

I enjoyed the book and the action kept me involved and turning the pages. I can't wait to get this into the hands of the kids who loved Swindle and Zoobreak since the action never slows down in those either.
Posted by Bill at 6:58 PM